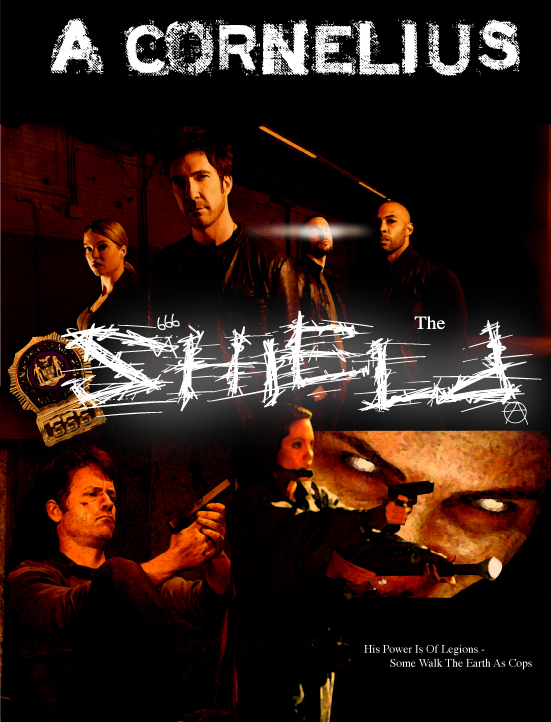 It is 1973, Kyle Walters is a NYC cop,  a quiet and reserved man , hard to get to know well. A good cop with a loner personality, the lawman is more interested in intellectual pursuits than relationships or family.  Working as a New York City cop for over 22 years, this veteran law enforcer has seen it all, until recently.

Nathan Pope is Kyle's new partner, quiet, kind and seemingly conscientious, the  handsome  cadet graduate is a good fit for his stoic partner.  Over time, investigating crimes, doing what cops do on a daily basis, Kyle starts to notice strange things about his partner.

The young cop seems to know things about Klyle's life, hidden details the cop dares not share with anyone, often showing up at awkward times when the lawman is off duty.
Kyle's suspects his partner has a simple crush,which is rebuffed by the sexy lawman. But at least its nothing serious, or so Officer Walter thinks.

One stormy night,while on duty,the two officers head to an incident that will change everything, involving a deranged young woman whom seems possessed.
Last on the scene, the men are told the woman has killed her two young children and husband,ranting and raving in the dark cellar of her home,speaking in a language no one understands.
Officers and their support surround the home,everyone is frantic, the woman has threatened to kill herself.

Everyone is held on standby until a hostage negotiator is on scene, on edge, not knowing what to do,that is until Officer Pope calmly steps forward.

With Officer Walters in tow, the steely nerved lawman witnesses an incident that makes his skin crawl, every hair on his body standing straight up.

Walking down to the cellar, the officers carefully make their way past three bodies, one mutilated so badly, it doesn't look human,the veteran officer watching his young partners calm demeanor.

Finally reaching the woman, her own feces and blood smeared over her naked body, the men see a human being racked by severe mental illness,looking more like a creature out of a horror movie than human.

Watching with utter shock,his gun drawn, Walter  trembles as his young partner walks up to the crouched troubled woman, placing his hand on her head.

"Are you pleased master?" is growled from the possessed woman.

Right as the words leave the sadistic woman's lips, a preternatural glow radiates from Officer Kyle's placed hand,flowing into the woman's skull, so bright, it seems to make her skin translucent.

Seconds later,the woman drops dead as Kyle looks over with a murderous smirk to his new partner.

His secret is out and he does not care.
"Yes, I am pleased indeed child....," the young officer says softly.

Who will believe him ?

What has he just seen ?

Who and what is his new partner ?

New York City is changing, fear and danger around every corner, criminals are more vicious and calculating, almost animalistic , and sitting next to Officer Walters, heading back to the precinct, could be the reason for it all.

Eventually, a strange preternatural world is revealed to Walters, angels and daemons, many of whom are in the police force, both fighting for ownership of mankind's  eternal soul.